There’s been a sort of Hollywood curse that’s been floating about for the last few years that the movie-making industry lacks the ability to adequately adapt the larger-than-life adventures of video games for the big screen. While films about video games or containing video game elements (such as Wreck-It Ralph, the recent Jumanji remake, or even the upcoming Ready Player One) have generally received higher praise, achievements like Prince of Persia, Resident Evil, Assassin’s Creed, and Warcraft have failed to garner such praise. Instead, these films have been panned for their monotonous action, lackluster characterization, and their ability to simply forget about everything that made their original games great. So does Tomb Raider fall into the same trap?

A film is only as good as its lead, and in this case it’s Alicia Vikander who shines the brightest as Lara Croft. She’s grimmer and more hardcore than Angelina Jolie’s previous iterations of the character, but that hardly means she comes off as rough. The charming Oscar-winning actress handles Lara with a certain understanding of what it means to be born from nobility but with the steadfastness and pure tenacity to be something greater.

Vikander’s Lara is gritty, but she’s also susceptible to injury, a flaw that many action movies don’t care to address with their titular heroes. When she crashes into the jungle after a perilous descent, when she claims her first life out of desperation for her own life, it isn’t accomplished as if she’s a staunch action hero — the look of anguish and pain on her face reminds you that she’s still human. 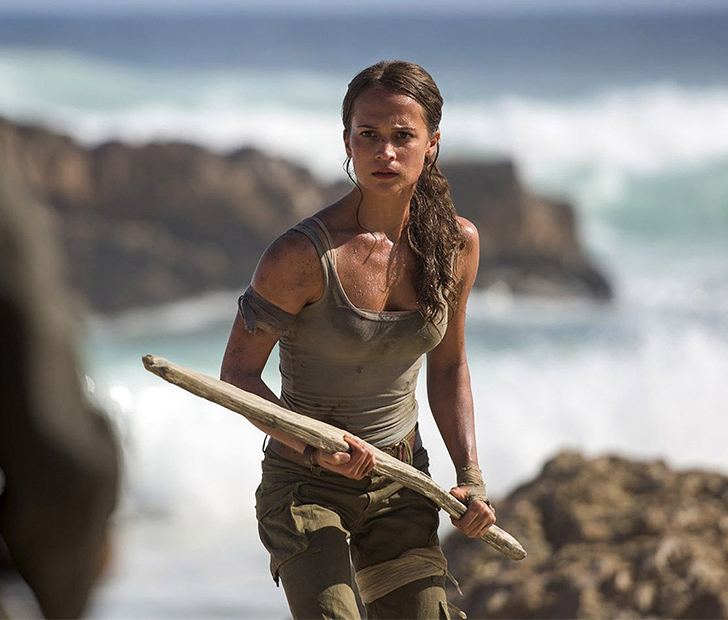 Where the film really finds its heart, though, is during scenes in which Lara recalls the caring lovingness of her father, who himself went missing seven years back looking for the plot’s central supernatural MacGuffin. It’s in these tender moments where the film ceases to be a video game adaptation and pulls itself up on its legs to become something just a little bit more.

It is, however, still based off of a video game franchise, and occasionally reminds you of this — both positively and negatively. It utilizes its right to showcase scenes in which the camera slows down for a particular epic moment as Lara leaps and bounds her way across vast chasms. But since the movie is based off of the more realistic 2013 video game reboot of the series, it’s hardly done in a campy manner. If you have issues with these scenes, then take it up with the genre, not the film.

One thing you can blame on the film, though, is the generally average-at-best dialogue. While it does the job, it certainly won’t be nominated for any writing awards. Where this becomes especially apparent is with the baddie, a gun-for-hire mercenary named Vogel who’s played by Justified’s Walton Goggins. It’s with Goggins’ sheer talent alone that the role is rescued from being a mundane “will do anything for money” villain to being someone who at least retains your attention. 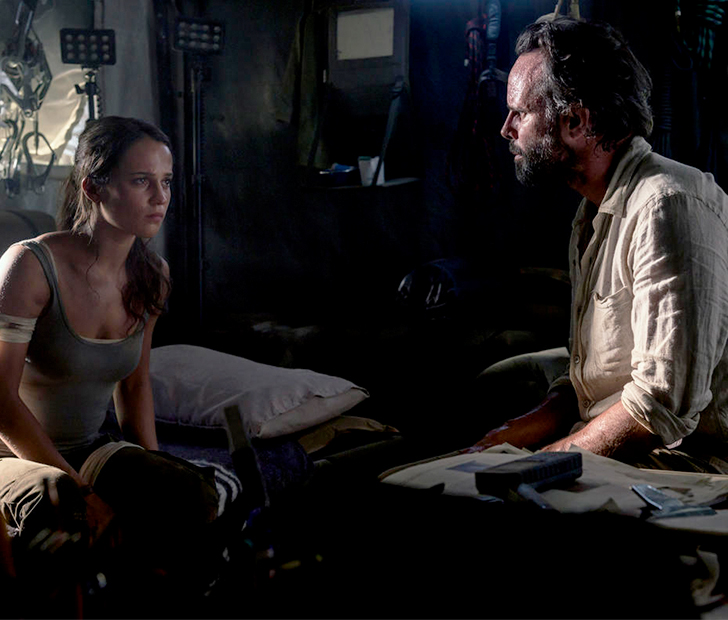 Where the film lacks the most is with its own spectacle, though this could almost be viewed as a positive. So many video game movies push themselves to be as bombastic as their original counterparts, striving for spectacle over narrative. Tomb Raider — while it doesn’t wholeheartedly skimp on the action beats — could have used some more Indiana Jones-like intrigue. The climactic third act in the temple feels energetic, to be sure, but it also could have used more than one puzzle. If the filmmakers had taken a page out of the opening scene from Raiders of the Lost Ark alone the film would have benefitted that much more for it.

So how can this be counted as a potential positive? It’s because so many action films (and especially ones attempting to start a franchise) will start off big to acquire attention. From there, studios and filmmakers naturally feel the need to take the sequel bigger, until by the time they get to their third and fourth films the franchise has blown up to astronomical proportions (look no further than the Transformers films for an example of this). Tomb Raider begins smaller than you’d expect with room to expand and grow the character and take her to larger and grander places. 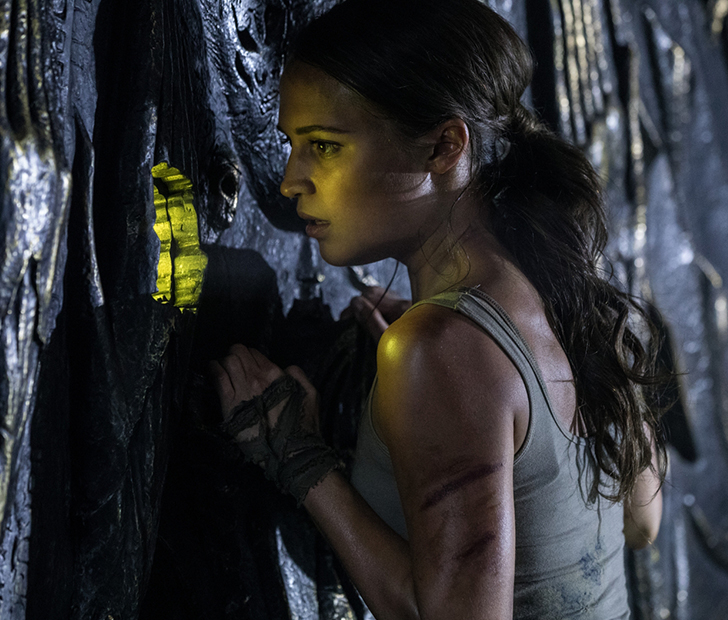 While some of its side characters feel a bit one-toned, and its point-by-point formulaic plot could have gone just a tad deeper, you can’t fault Tomb Raider for not being a great film when it’s become the first truly good film to come from the video game genre. Does it break the long-running Hollywood curse? Absolutely. While it doesn’t do this with much aplomb, it serves as a reminder that video game movies absolutely can be done without overdoing it. Tomb Raider is a perfectly entertaining action flick with a likable central character, one who has plenty of room to grow. If you’re looking for a fun time at the theater, this film accomplishes such a task. If you’re looking for anything further, then perhaps you might want to pass on it.

SHARE this review if you’ll be heading out to see Tomb Raider!